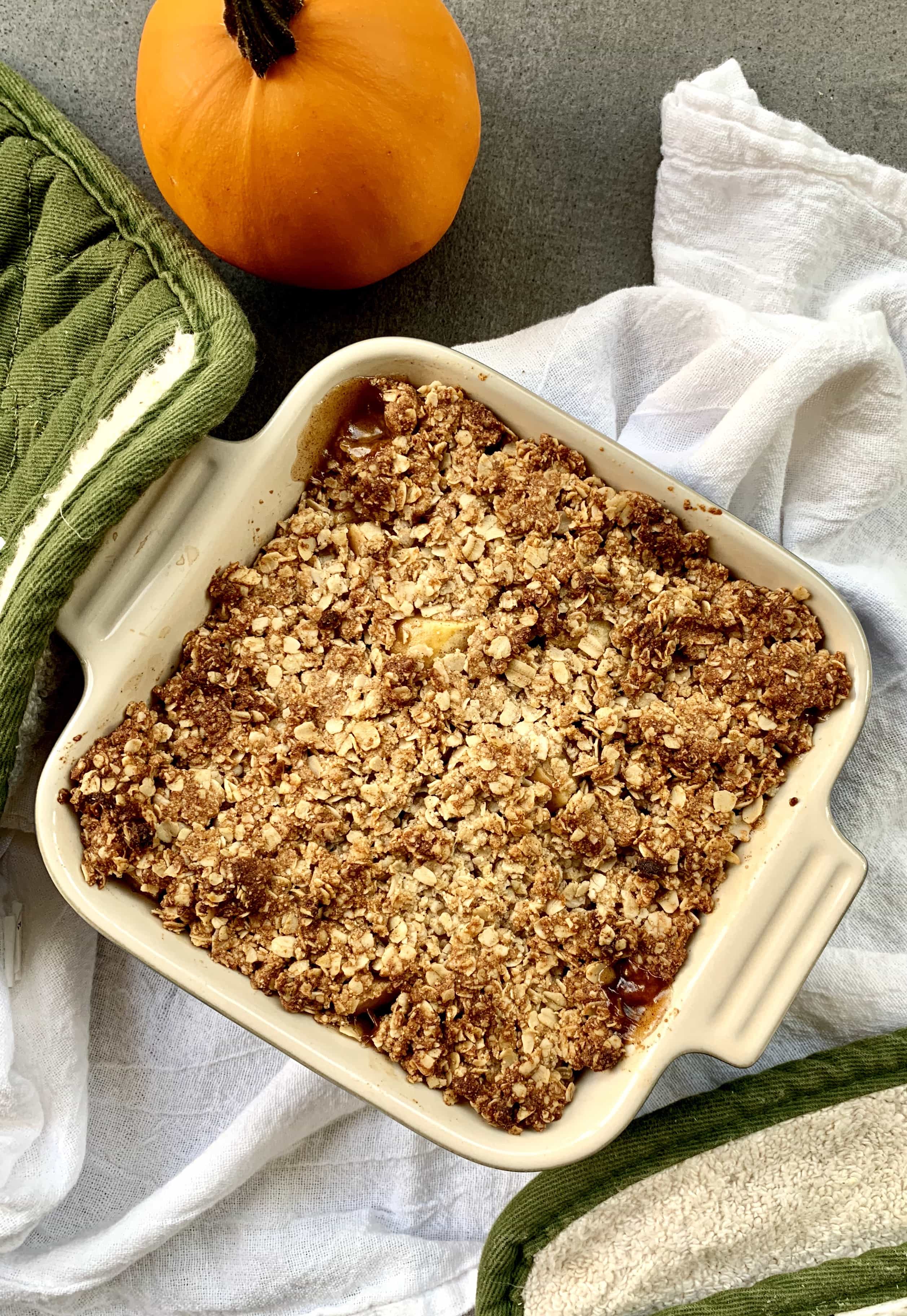 I teased this apple crisp on Instagram stories and had so many messages asking for the recipe that I decided to get it up right away! This gluten-free and dairy-free apple crisp is sweetened only with honey and is a small batch. I made it smaller than most apple crisp recipes for anyone who lives in a household with just a few people. This way you can enjoy this honey apple crisp for a night without leftovers. Of course, you can also double the recipe and have plenty of leftovers! 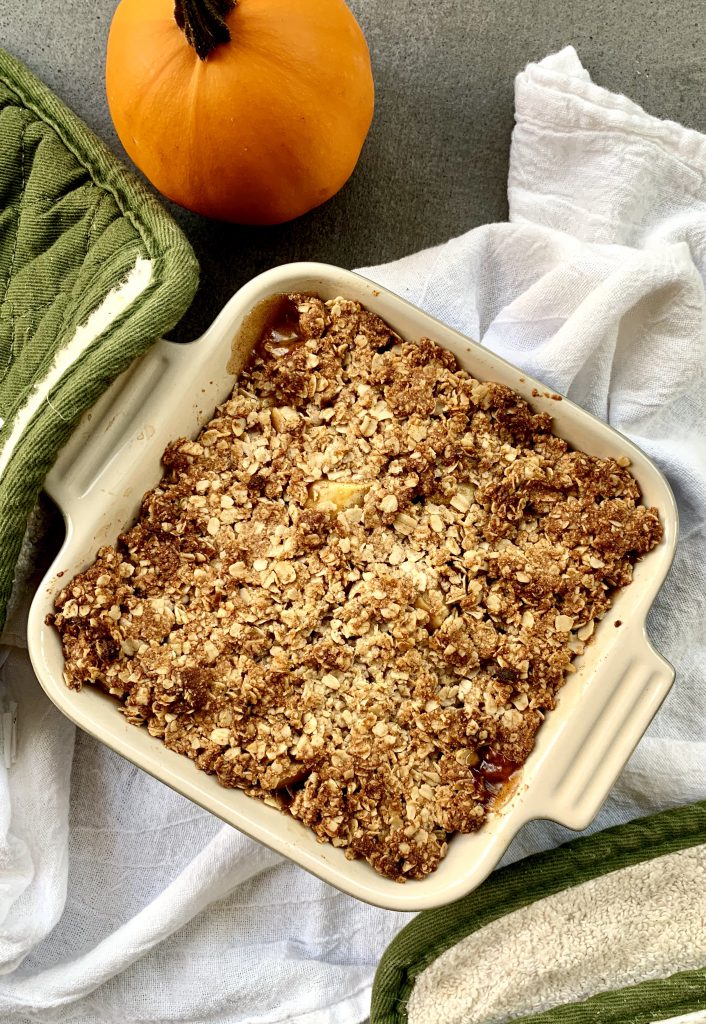 Lightly Sweet and Plenty of Crisp

While a recent Instagram poll confirmed that some of you do, in fact, enjoy the apple part more than the crisp part, I’m team crisp. So, for the majority of us, I didn’t skimp here and you’ll get that crunchy crumbly texture you enjoy with a bit of apple, too! For anyone who is in search of a crisp without butter, this is a dairy-free apple crisp, with coconut oil adding the texture we need and a delicious flavor.

I also learned from some international followers that crumble is UK term while here in the US we typically say crisp. It means the same thing! Whatever you call it, you can pair with ice cream, whipped cream or even greek yogurt. 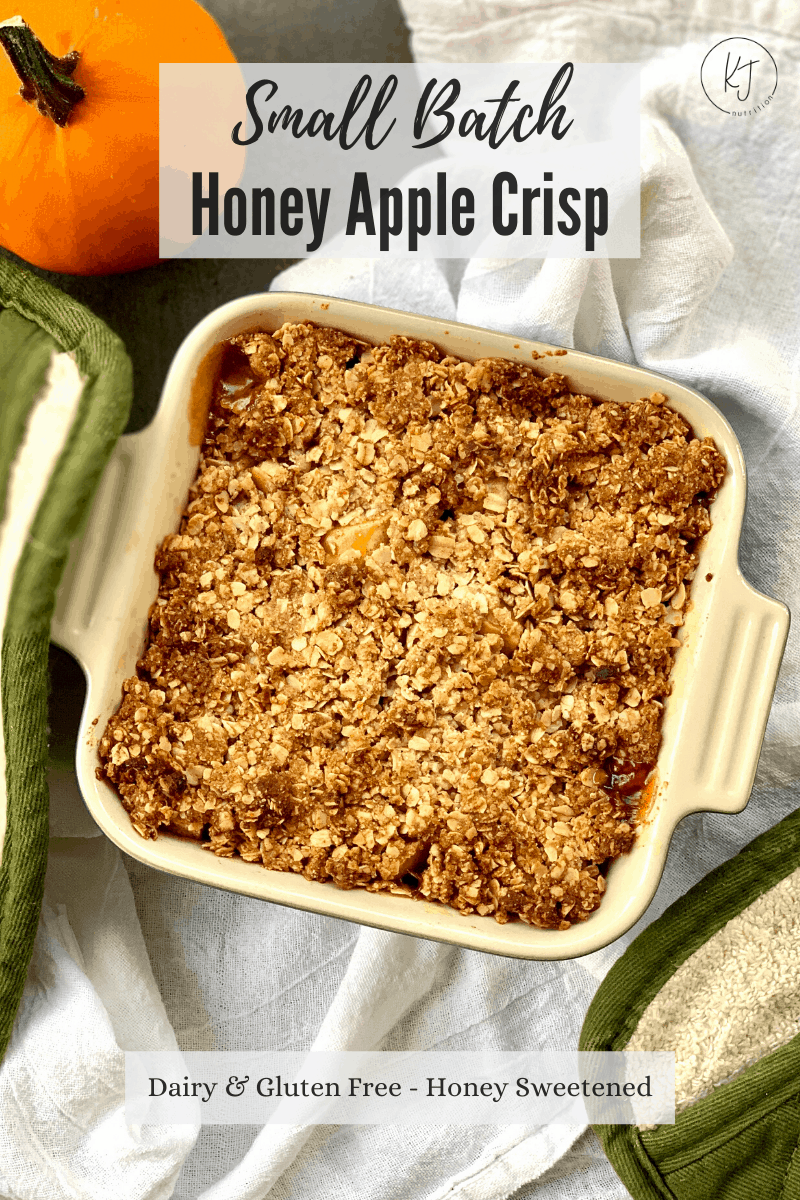 What Apples Should You Use for Baking?

This is truly an essential piece of info! According to Bon Appetit, the best apples for baking are:

I used some Jonagold that we picked at Solebury orchards when I came up with this recipe, but honey crisp is always a favorite for us! This recipe was such a hit, that I also turned it into a peach crisp. Be sure to save that for next summer!

For more dairy-free baking recipes that are lower in added sugar, check out my tried-and-true Healthy Banana Bread and my Sweet Potato Snickerdoodles!

Keyword dairy free apple crisp
Tried this recipe?Let us know how it was!
Share: