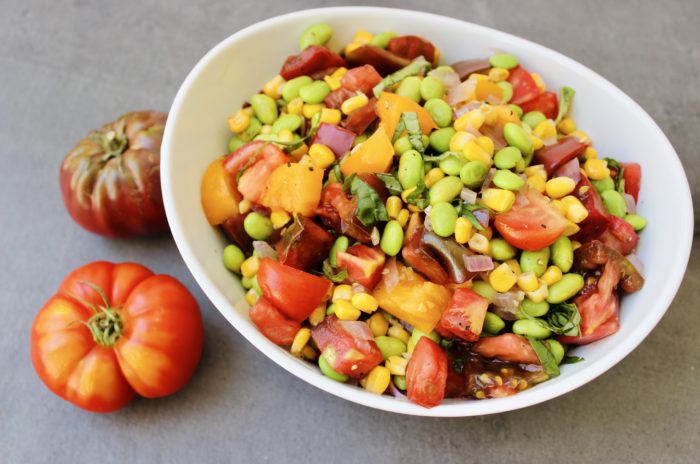 Want a delicious dish that sounds fancy, but is actually super easy to make? This edamame succotash with heirloom tomatoes has you covered from summer into fall! Rich in plant protein and antioxidants, this vegan succotash can act as a side dish or the highlight of your meal. depending on your preferences, needs, and fitness goals, too.

Succotash is a Native American dish that traditionally used beans and corn along with herbs. Many more modern. succotash dishes incorporate tomatoes, likely since they tend to be in season the same time as corn. Still, there are many varieties of succotash dishes now, using many different beans from lima beans to green beans, and flavoring agents from pork to parmesan to herbs. Seeing as I encourage a plant-based eating pattern, this edamame succotash recipe doesn’t include animal products, though you could add some parmesan and still benefit from all of the plant-based goodness. 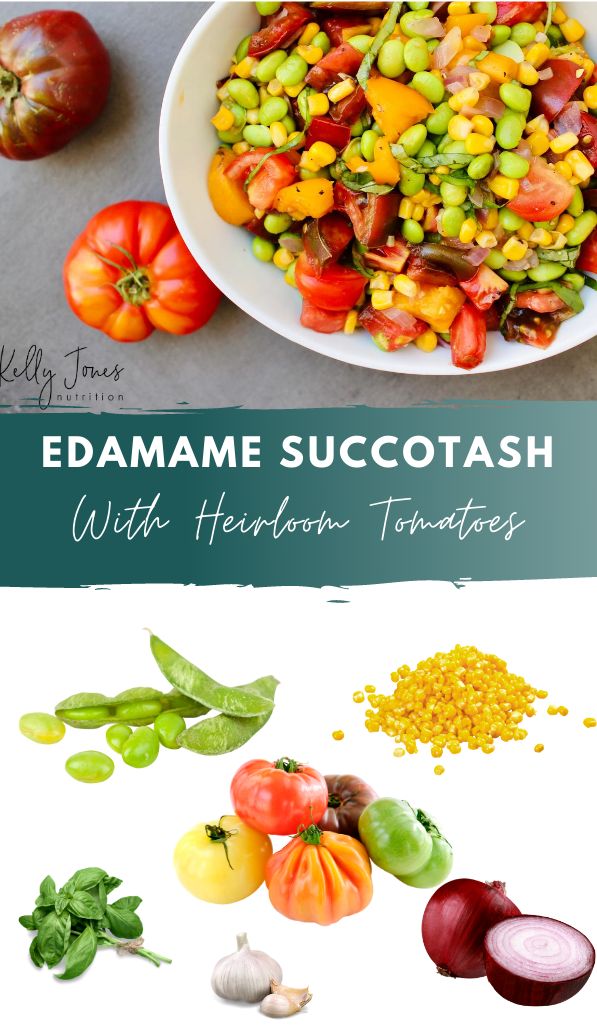 Lima beans seem to be used most often when searching Pinterest and google, but I opted for edamame due to its delivery of high quality protein. I do recommend variety in one’s diet, but many athletes and active individuals are falling short on intake of high quality protein each time they eat when following plant-based eating patterns, and especially when transitioning to them. This can lead to suboptimal recovery and therefore, performance. When transitioning to a more plant-centric diet and reducing animal protein intake, choosing soy protein can make it easy to have an optimal protein dose and quality without relying heavily on the modern packaged meat alternatives.

While there are a handful of plant proteins considered “complete” or “high quality” based on their scores of digestibility and usability (PDCAAS discussed here), only soy protein contains protein quantities that may provide adequate protein as a sole protein source at meals for a highly active individual. Building proteins is possible, but this skill may take some time for those new to plant-based eating, or just new to the concept.

And, if you’ve stumbled upon this recipe but don’t have a high level of physical activity, just enjoy this yummy and nutrient dense legume in your edamame succotash with heirloom tomatoes!

What to Eat with Edamame Succotash 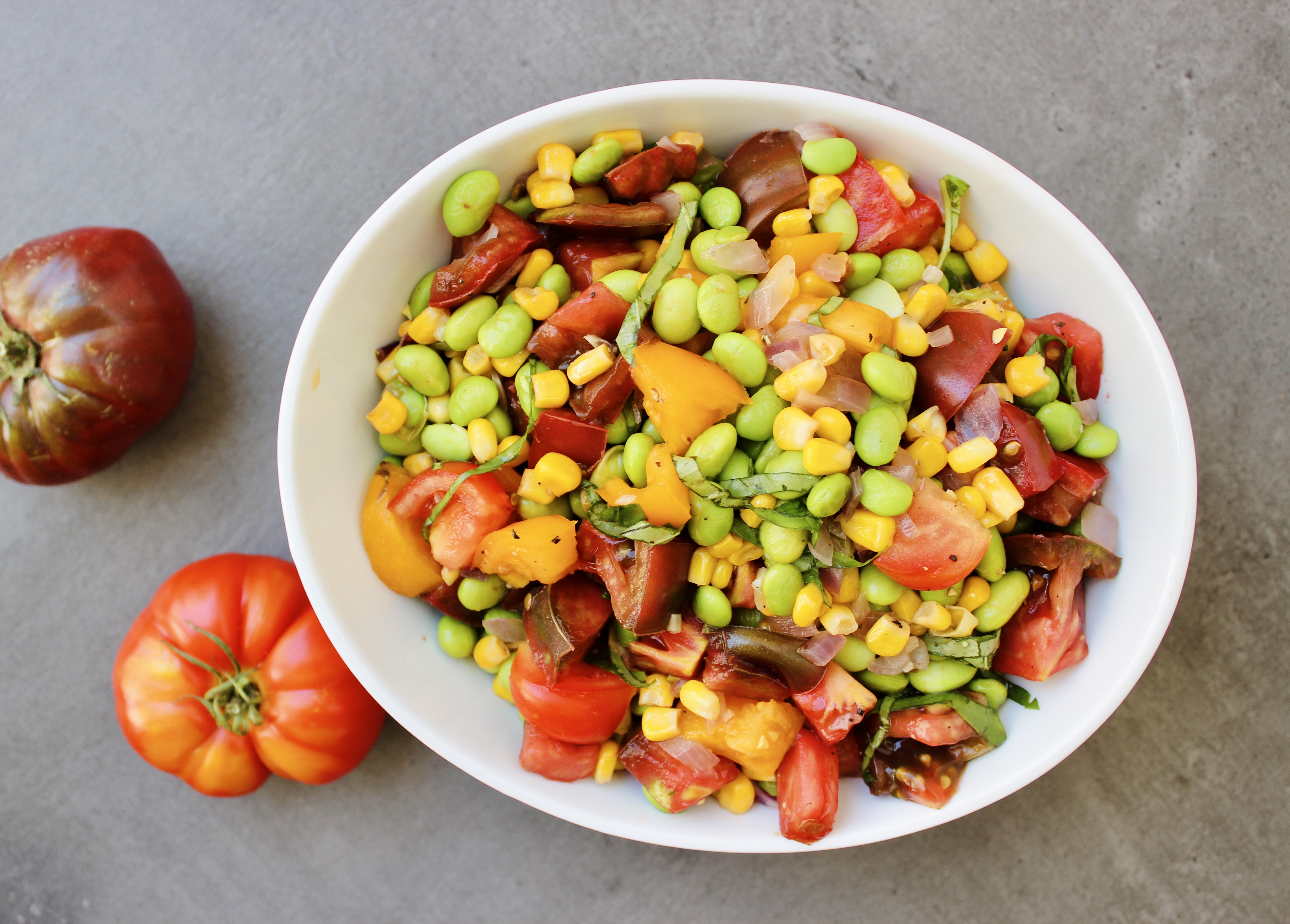 Depending on your definition of plant based, you may have more or less options for pairing. If you’re an athlete, you might also want to consider adding both protein and additional carbs to this dish. Choose one of the proteins below and add your favorite bread or roll to the side! You can even stuff a whole grain pita with the succotash mixture as leftovers for a quick lunch. 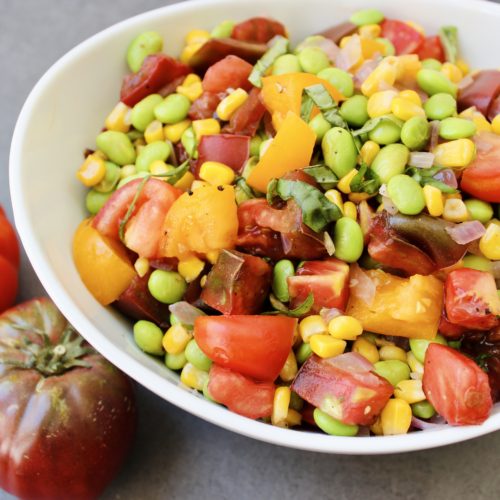 Keyword edamame succotash, vegan succotash
Tried this recipe?Let us know how it was!
Share: