Two things I love: Spaghetti squash and mexican food. So why not mix them together? Everyone thinks of spaghetti squash simply as a traditional spaghetti replacement but there are endless possibilities. The mild flavor of spaghetti squash allows it to be prepared in so many different ways and some spice and black beans can really elevate this food! Not in to Mexican dishes but want to try spaghetti squash? Check out my Italian Style Spaghetti Squash w/ a Roasted Seed Recipe and my Spaghetti Squash with Peas and Avocado Walnut Pesto (the latter is my personal fave). This meal was even more delicious because we were enjoying the last of the jalapenos and tomatoes we had grown in our harden this season. So sad to say goodbye to super fresh tomatoes for the winter. 🙁

Cooking the spaghetti squash can sound like an impossible task if you’re new to it. I recommend cooking it ahead of time while you have something else in the oven, or at least letting it cook while you prep and chop your other ingredients.
It’s important to have a sharp chef’s knife to make the chopping process easier. Sometimes I cut a spaghetti squash in seconds with no trouble and others, if I haven’t sharpened my knife, the knife gets stuck and I get frustrated! You’ll chop it in half lengthwise before scooping out all of the seeds from the middle.Below, the half on the left has been seeded. 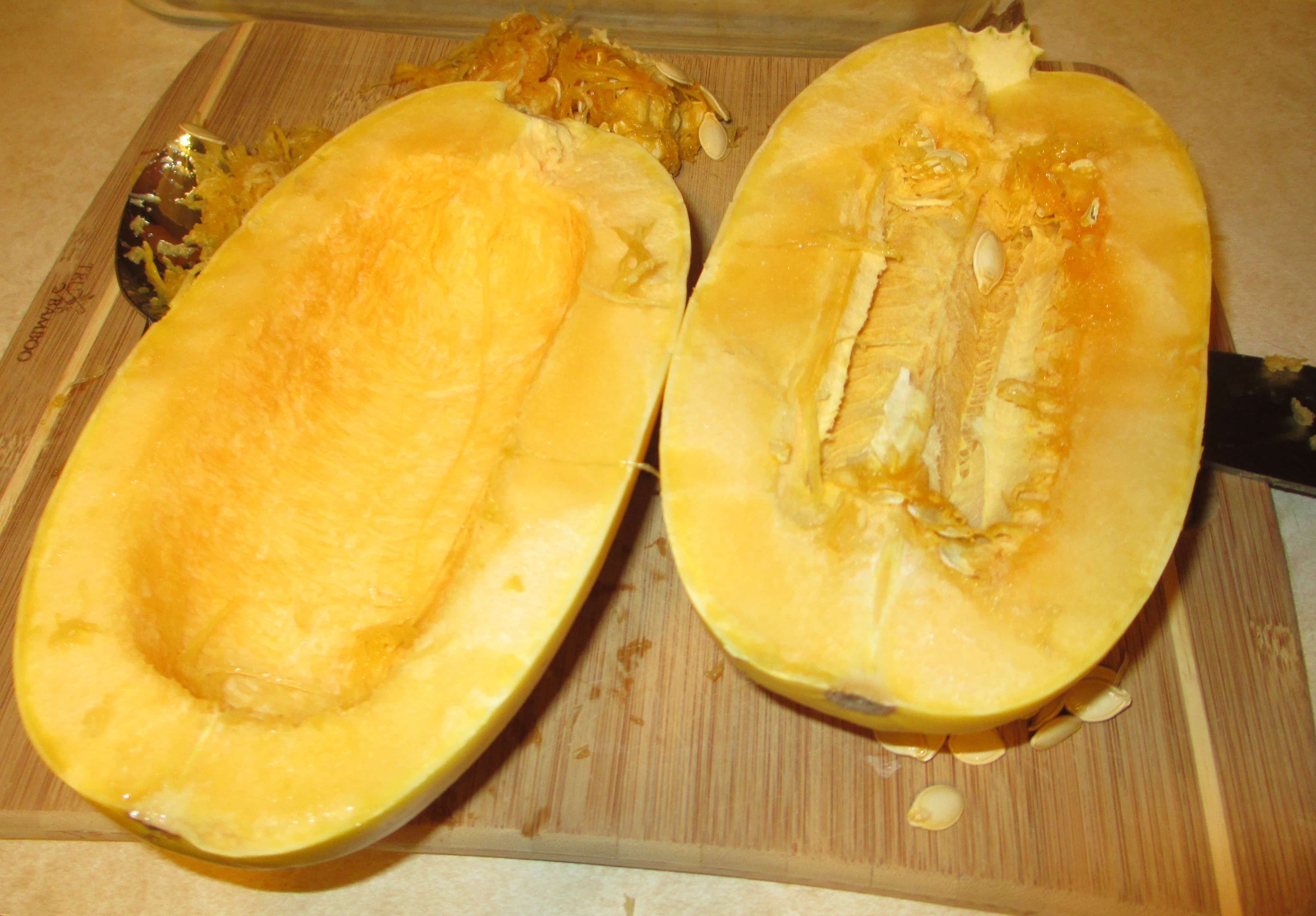 When the squash is done cooking, you should be able to easily poke a fork through the skin. After removing it from the oven and letting it cool slightly, you’ll “rake” the squash with a fork to get the spaghetti look and texture you expect. 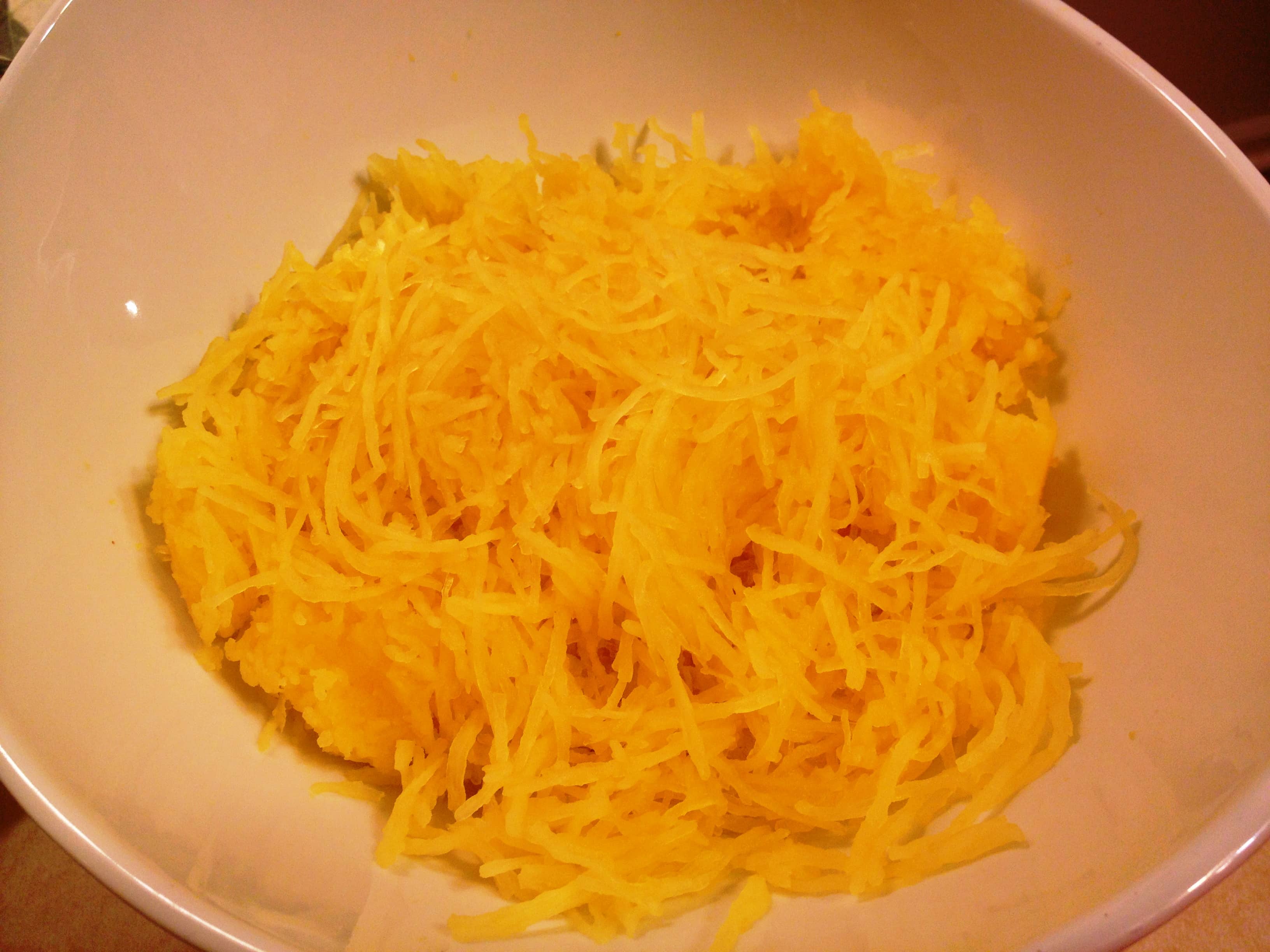 Since I don’t/can’t eat cheese, I added some homemade guacamole and cashew “parm” but you could also sprinkle some nutritional yeast on top if you are dairy free too. Tim added Organic Valley pasture raised raw sharp cheddar to amp up the southwestern flavor in his. 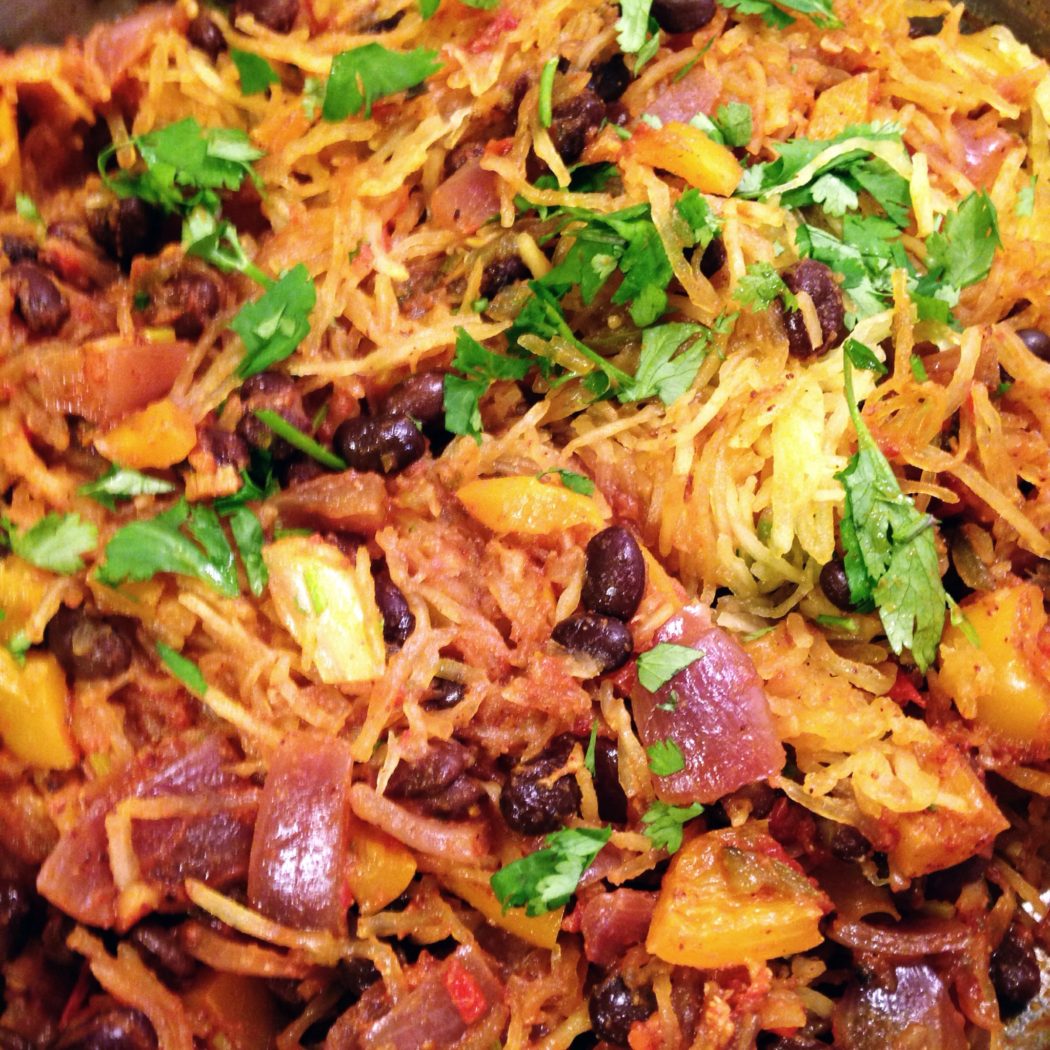 While the squash is cooking,  prep the rest of your ingredients.