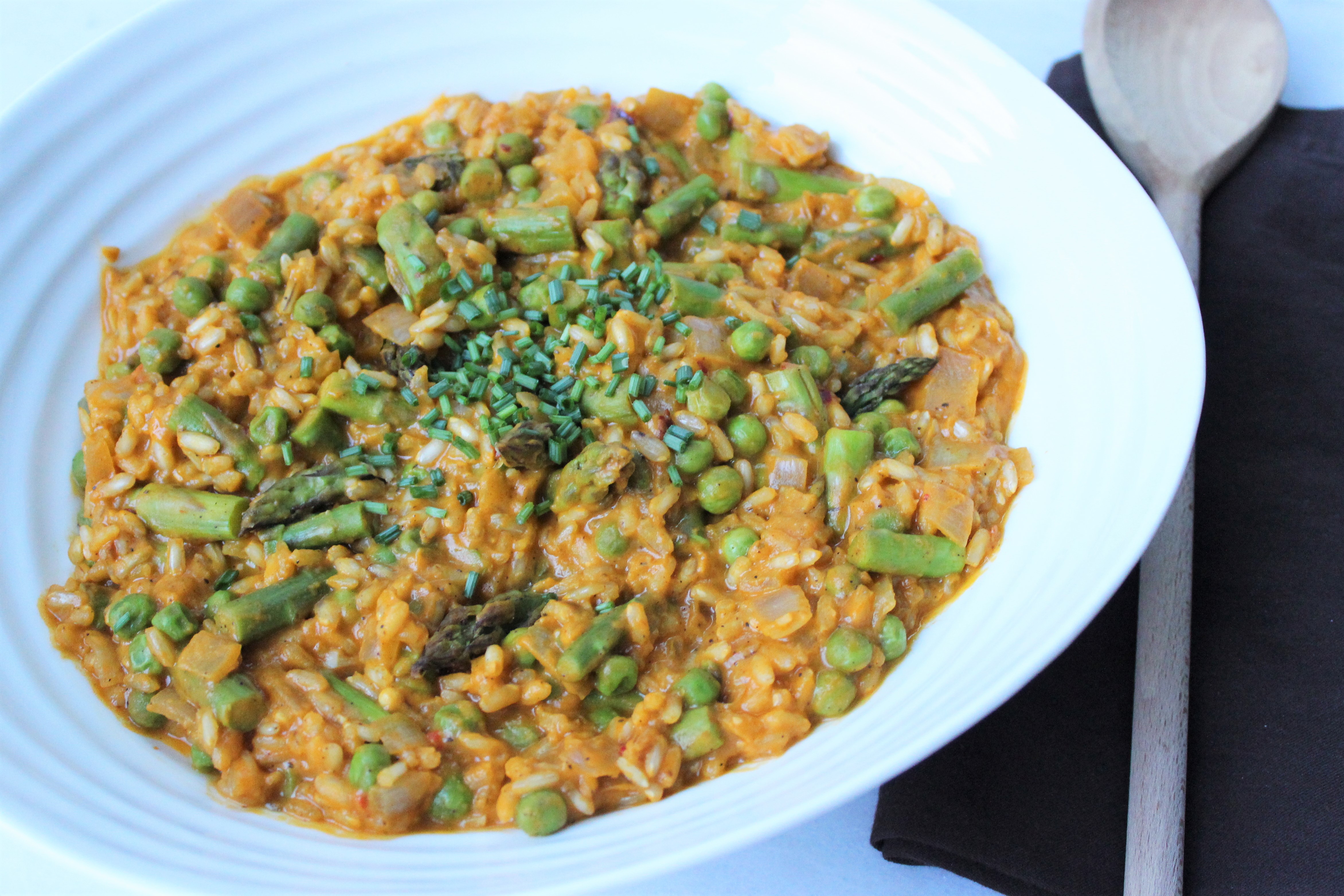 Hummus is not something we need to reserve only for dipping so, let’s celebrate its versatility. While I posted an extremely quick and easy Zucchini Rollatini for a fresh summer appetizer, this dish a tad more sophisticated. I had recipe tested both a few times and couldn’t resist sharing each of them with you for national hummus day! This creamy vegan pea risotto is made with asparagus and hummus for a twist on a favorite dish.

Disclosure: I received free samples of Sabra Hummus mentioned in this post. By posting this recipe I am entering a recipe contest sponsored by Sabra and am eligible to win prizes associated with the contest. I was not compensated for my time. 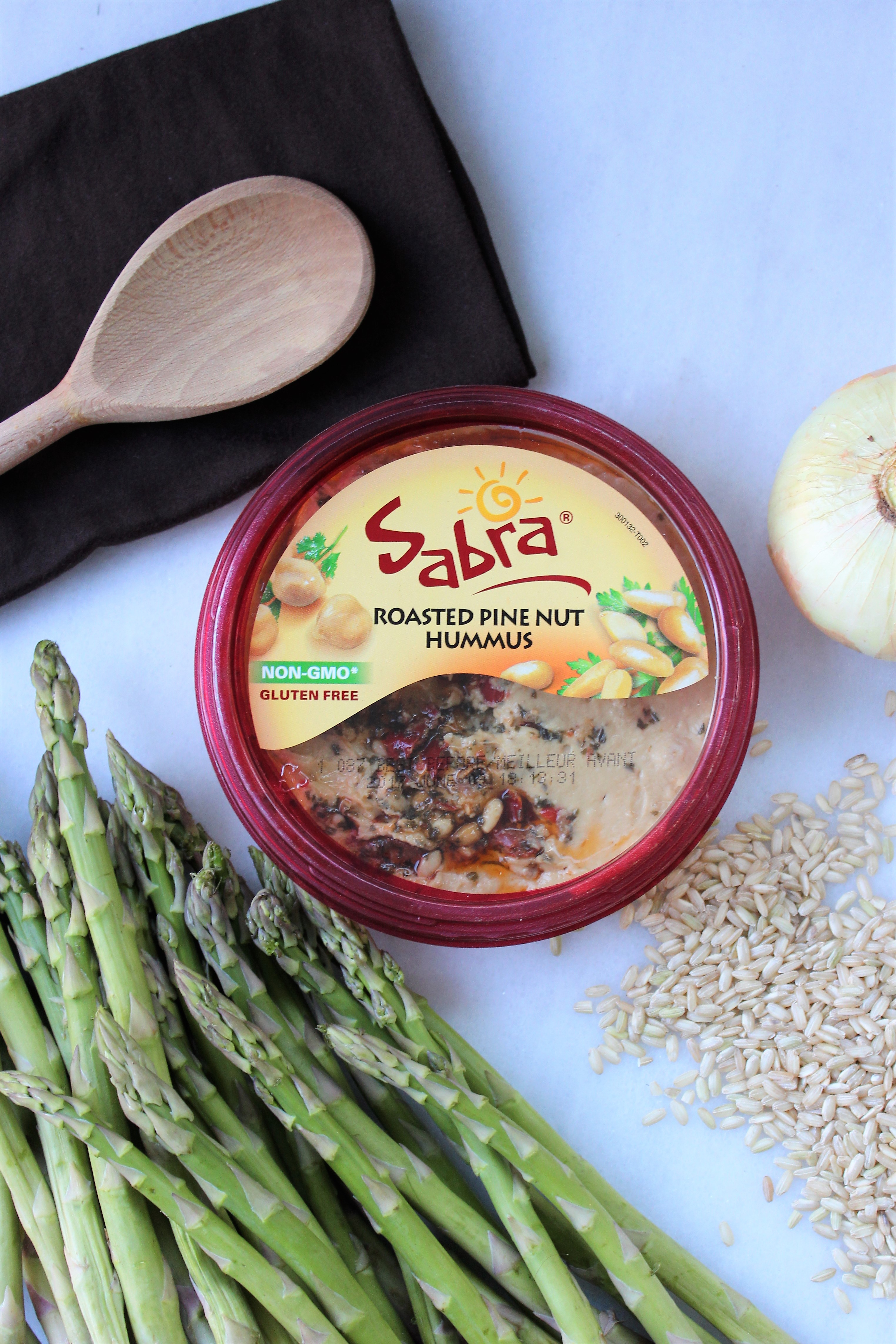 My favorite Sabra hummus variety has always been the Pine Nut, so I knew that would have to be what I used in this risotto. It adds the perfect nuttiness to balance with the earthiness of the asparagus and slight sweetness of the peas. I’ve loved asparagus risotto since my honeymoon almost five years ago, and this recipe was my first attempt at re-creating it. Tim agrees it was a huge success! 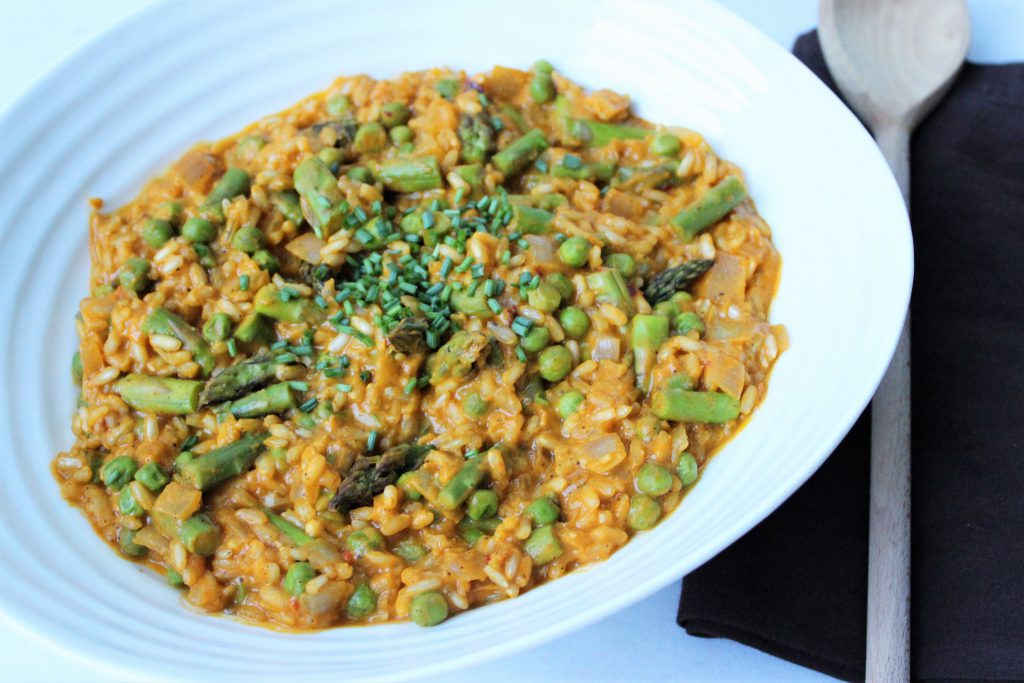 Risotto as an Appetizer or Meal

There are a few problems with a typical creamy risotto as a meal though. First, it is lacking in protein and fiber, which can leave you feeling unsatisfied. Second, it typically is very rich in butter, cream, and cheese, which may leave your digestive tract a tad unhappy later.

This vegan pea risotto recipe is a solution to those issues since I used carnaroli rice (hailed in Italy as the King of risotto rices) which has a bit more resistant of a starch. This makes it a little more filling than arborio, though it does mean a slightly longer cooking process. By using the hummus to add creaminess instead of dairy, we also reduce the fat content, providing for an excellent taste and texture without feeling overly full or having digestive trouble later! The heavy asparagus portion and the peas add more fiber and protein, too.

This is a perfect appetizer to share with a group before a vegetable and fish entree. Since the hummus makes it creamy in texture instead of actual cream, it also isn’t too filling, making it great before a meal while you’re socializing this spring and summer. 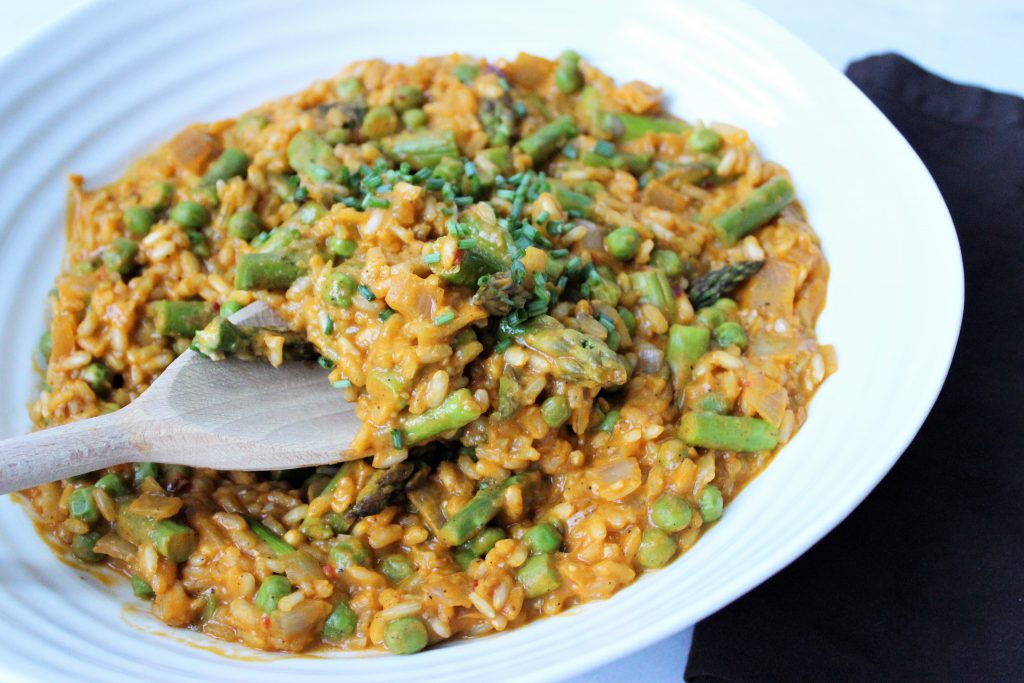 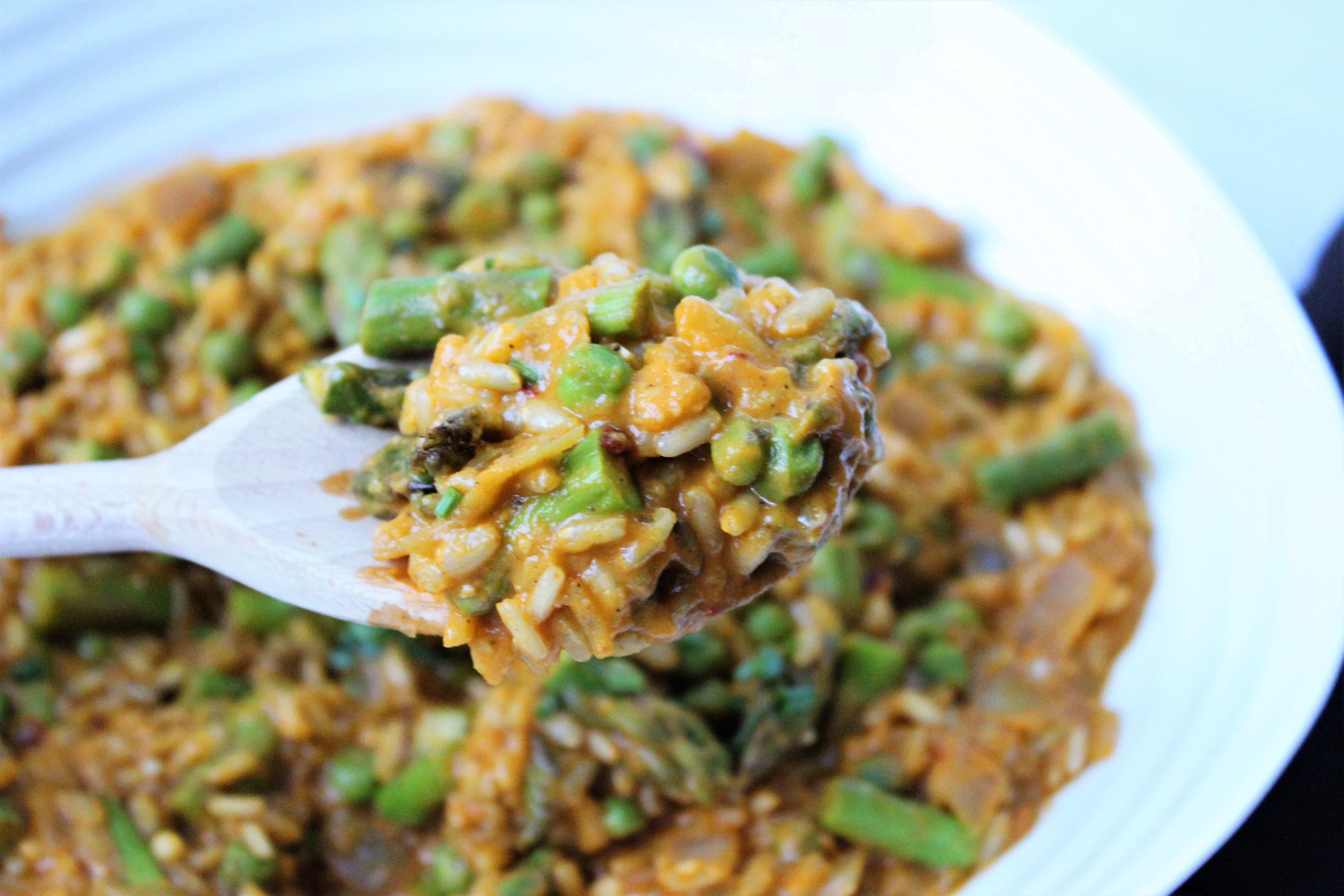 Keyword hummus risotto, vegan risotto
Tried this recipe?Let us know how it was! 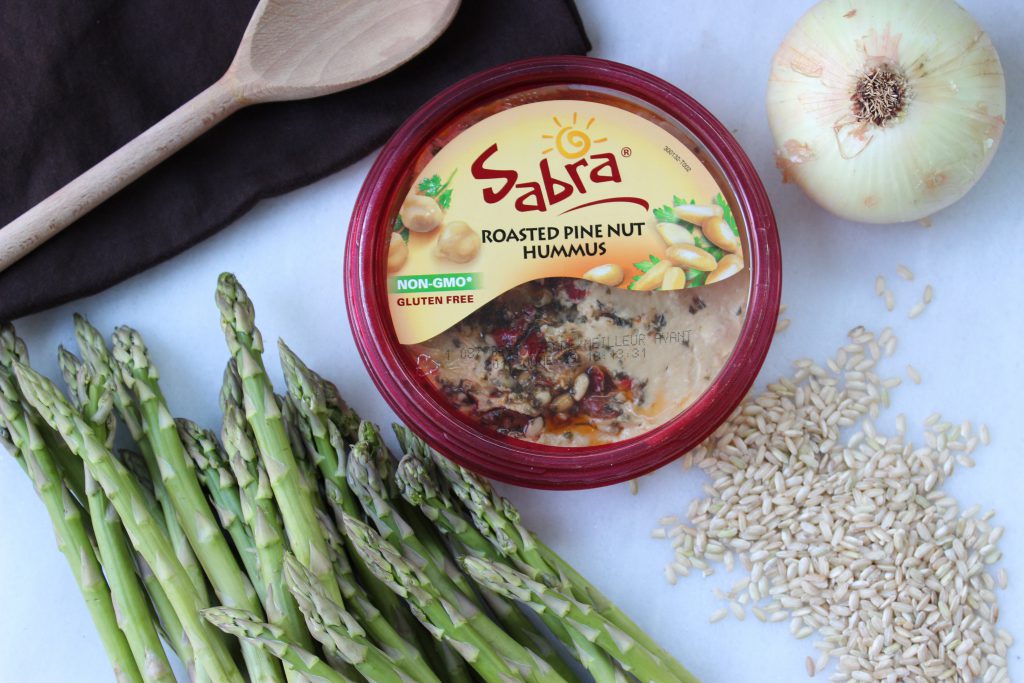