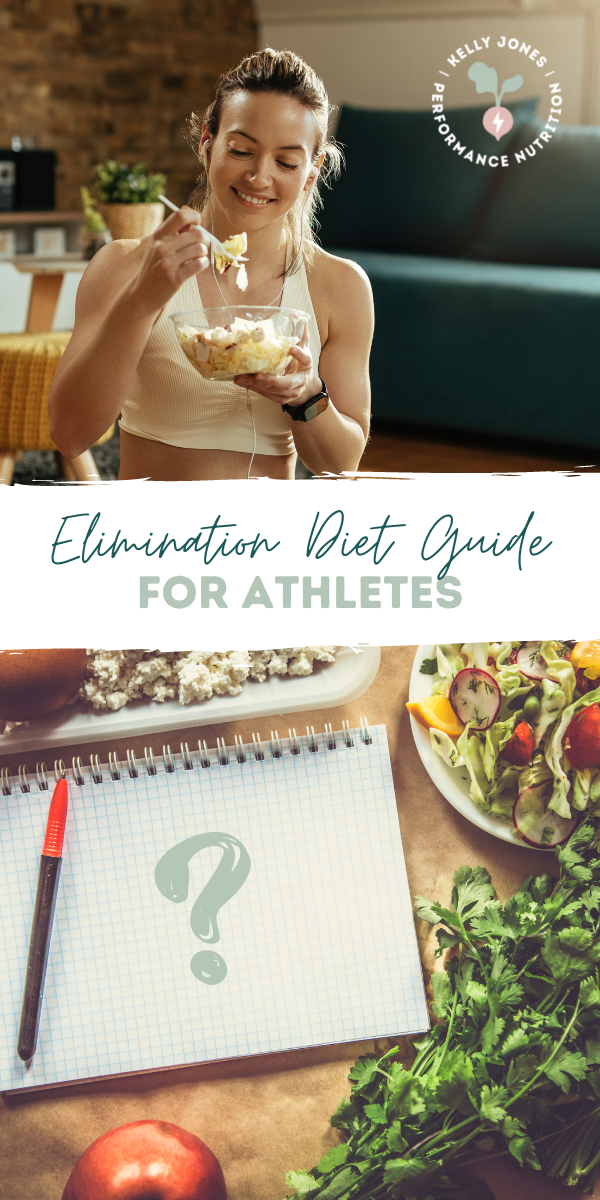 Many athletes and active individuals dealing with gastrointestinal (GI) symptoms are willing to try just about anything to feel better, whether they’ve been diagnosed with a GI condition like irritable bowel syndrome or are simply experiencing unexplained bloating or changes to bowel habits. This is where elimination diets come in: despite being challenging to follow, they promise to improve your symptoms, quality of life, energy levels, and athletic performance, which is enough to convince many people to give them a shot. The problem, however, is that elimination diets are not always evidence-based, and even those that are can easily spiral out of control if there isn’t a plan for reintroducing foods. This elimination diet guide breaks down the basics of elimination diets, the level of evidence for several popular ones, potential risks & benefits for athletes and active individuals, and common elimination diet mistakes.

What is an Elimination Diet? 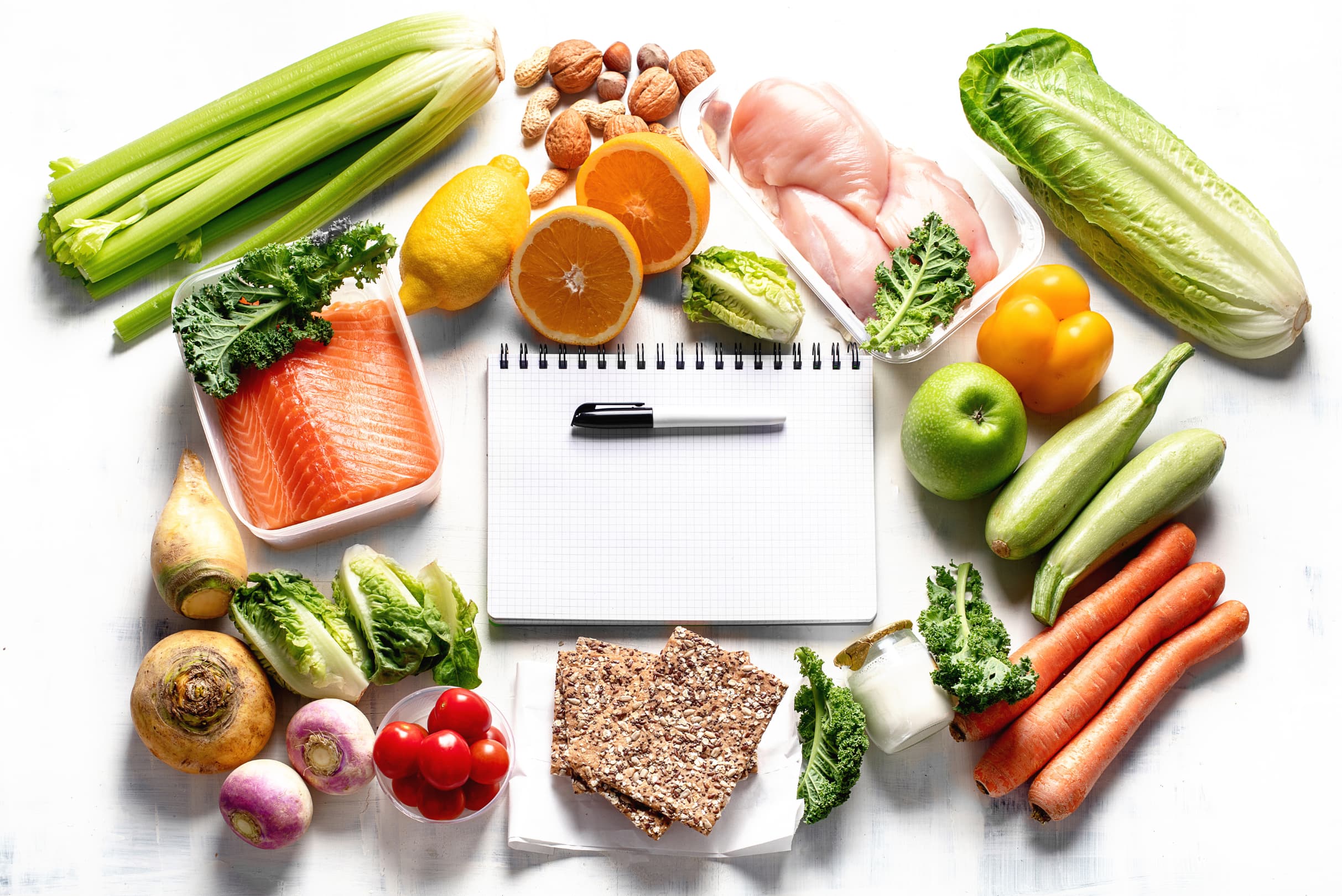 Most elimination diets remove a list of foods that may potentially be contributing to symptoms from the diet for a period of time while observing symptoms for improvements. Elimination diets have the most evidence in the context of improving GI symptoms, but you may also see them promoted for other symptoms like fatigue, headaches, and joint pain.

Some, but not all, elimination diets include a reintroduction period where foods are added back into the diet one at a time. It is best practice to include a reintroduction period after eliminating foods to confirm whether you are actually sensitive to the foods you’ve eliminated. If you feel better after eliminating a long list of foods, it’s impossible to know which of those foods were contributing to your symptoms without systematically adding foods back in. It’s also possible that your symptoms eased up due to other factors or the placebo effect, which would become apparent if you were able to successfully reintroduce all of the foods you eliminated without symptoms.

How to Choose an Elimination Diet

The basic premise of elimination diets is that you’re doing a controlled experiment. You start by taking certain foods out of your diet while doing your best to control other factors (i.e. stress, sleep, meal timing, hydration, and movement – though note that these factors will never be perfectly controlled) and then systematically add foods back in, observing symptoms throughout the process. There are three key questions to ask yourself before embarking on the experiment:

If the answer to the first question is no, working with a dietitian on more gentle nutrition changes may be a better place to start. This blog article on training your gut for performance includes strategies for managing GI symptoms that may be helpful to start with as well, especially if your symptoms mainly come up during workouts.

Finding a way to make the answer to the third question yes is critical given that following a restrictive elimination diet long-term without reintroducing any foods may lead to micronutrient deficiencies, changes to your microbiome, and chronic underfueling which could eventually progress to relative energy deficiency in sport (RED-S). Working with a dietitian is a great way to make a personalized plan for reintroductions and ensure that your diet is nutritionally adequate for the long term. 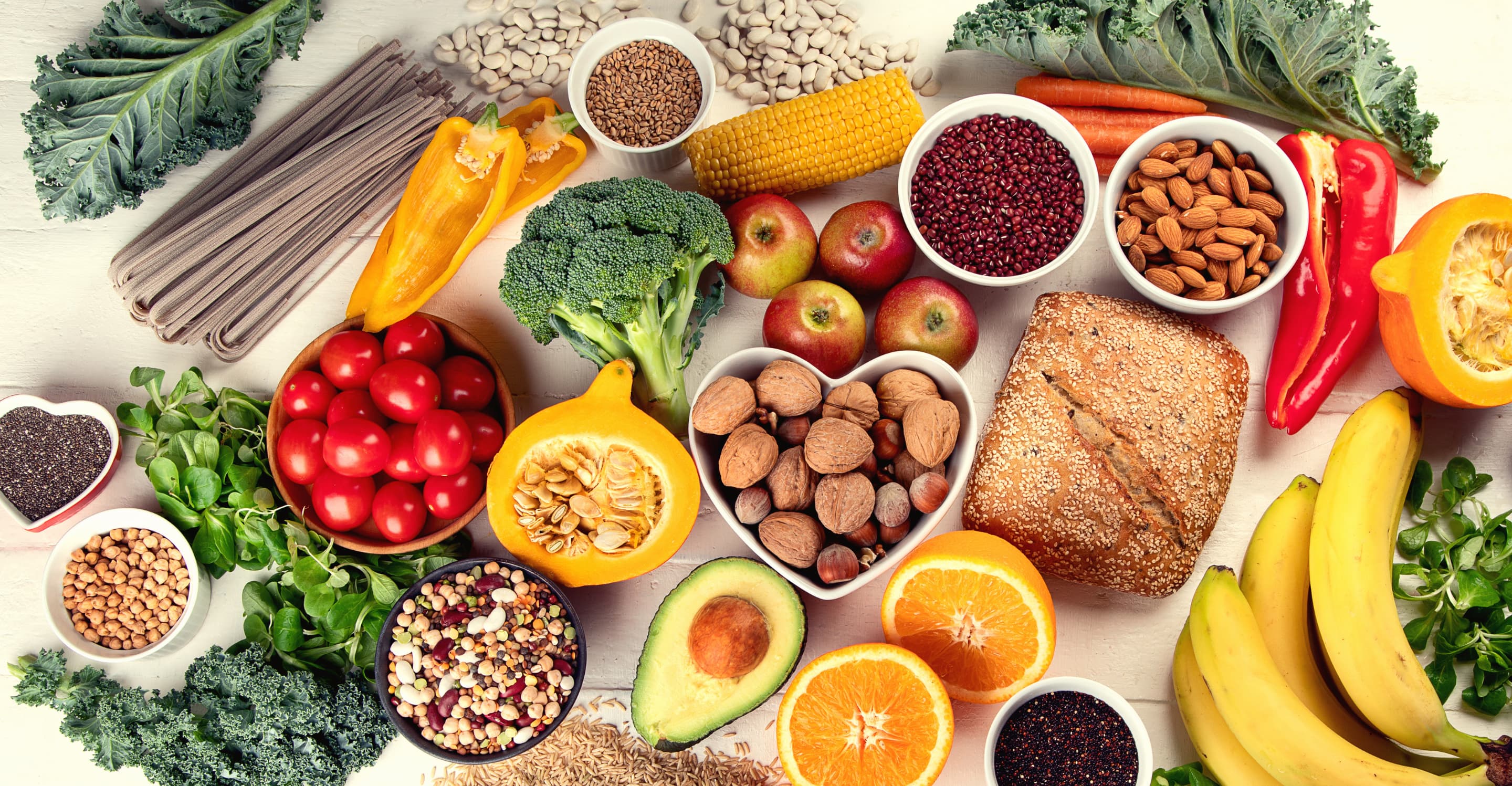 There are a wide range of types of elimination diets with varying levels of evidence. Listed below are a few of the most common elimination diets. Of these, the only two we recommend based on existing evidence are the low FODMAP diet and the six food elimination diet, but note that these are only recommended for a very specific set of symptoms (more on that below).

Fermentable oligosaccharides, disaccharides, monosaccharides, and polysaccharides (FODMAPs) are a class of carbohydrates that are poorly absorbed in some individuals and may contribute to digestive symptoms. The low FODMAP diet, which consists of a 2-6 week elimination phase where high FODMAP foods are avoided followed by a reintroduction phase where each category of high FODMAP foods is added back in, has been shown to improve symptoms in 50-80% of irritable bowel syndrome (IBS) patients. There is also evidence indicating that a low FODMAP diet may be helpful for patients with inflammatory bowel disease (IBD) who have significant lingering GI symptoms while in remission. Because of the complexity of the diet, we recommend working with a dietitian who has experience with the low FODMAP diet to guide you through the elimination and reintroduction process.

With the rise of home food sensitivity test kits, IgG elimination diets have become increasingly popular. Food sensitivity test kits typically collect IgG antigen data, often for 200+ foods, and can result in dozens of potential “trigger” foods to eliminate identified. Some evidence suggests that when high levels of IgG antigens are detected through these tests, it may simply be an indicator that your body has been regularly exposed to that food in the past rather than being an indicator of a food sensitivity or intolerance. To date, there is only one randomized clinical trial, presented last month at the American College of Gastroenterology Conference, that indicates potential benefits of an IgG elimination diet on GI symptoms, though notably, a specialized test was used that only included 18 foods. More studies are needed to gain a better understanding of what role, if any, IgG testing can play in detecting food intolerances. At this time, we recommend steering clear of IgG elimination diets due to the limited evidence and their tendency to lead to overly-restrictive diets, which works counter to supporting your gut health. The American Academy of Allergy, Asthma, and Immunology also recommends against using IgG panels to test for food sensitivities.

Whole30 is a 30-day elimination diet that is followed by 10 days of reintroduction. It claims to reduce GI symptoms as well as inflammation, cravings, headaches, anxiety, fatigue, brain fog, joint pain, and skin irritation. While its setup is similar to the low FODMAP diet, Whole30 eliminates an even longer list of foods, and there are no existing studies supporting its efficacy in alleviating GI or other symptoms.

The six food elimination diet is a newer protocol that is often recommended in the treatment of eosinophilic esophagitis (EoE), a chronic allergic disease of the esophagus characterized by swallowing difficulty and heartburn. The diet eliminates the six most common allergens and has shown success in about 70% of EoE patients. Note that the diet is only recommended in this very specific patient population and that EoE is a relatively rare condition that is thought to affect only about 0.05-0.1% of the population.

The gluten-free diet is a commonly attempted single-food elimination diet. If you have noticed clear links between gluten intake and symptoms, it’s important to talk to your doctor about getting tested for celiac disease before jumping to an elimination diet, especially if you have a family history of celiac disease. Celiac disease is an autoimmune disease that causes damage to your intestinal tract due to an immune reaction to gluten, the protein found in wheat, barley, and rye. Those who are diagnosed with celiac disease need to follow a gluten-free diet for life with no reintroductions. If you have ruled out celiac disease with your doctor, it is possible that you have non-celiac gluten sensitivity and could benefit from gluten elimination, although evidence suggests you may be more likely to be sensitive to the FODMAPs found in wheat products (see #1).

Elimination diets can be an invaluable tool for symptom management in GI conditions, specifically when it comes to the low FODMAP diet for IBS and the six food elimination diet for eosinophilic esophagitis. If things go well with some of your reintroductions, it’s possible you’ll learn that a few simple swaps in your diet can make a big difference in your symptoms, which can lead to big improvements in quality of life. For athletes, this can translate to performance benefits if it becomes more doable to make it through long workouts without GI distress.

However, elimination diets aren’t right for everyone and do carry some risks. For one, elimination diets are not recommended in patients with active eating disorders. If you struggle with any level of disordered eating, an elimination diet can be a slippery slope to becoming even more fixated on your food intake. Additionally, as mentioned above, if you don’t attempt to reintroduce foods and remain on a highly restrictive diet in the long term it may put you at risk for micronutrient deficiencies, chronic underfueling, and relative energy deficiency in sport (RED-S).

As with adults, elimination diets for kids can result in micronutrient deficiencies and low energy intake. Because kids are still growing and developing, the risk of inadequate nutrition is particularly concerning at this life stage. If your child is having GI symptoms, consulting with a gastroenterologist to identify the root cause of the issue and working with a GI-specialized dietitian to make any recommended dietary changes is essential. A dietitian will be able to recommend food swaps and add-ins to ensure that your child is getting everything they need nutritionally while going through food eliminations.

In general, an even more cautious approach should be taken with elimination diets in kids vs adults, and in both populations choosing an elimination diet that’s evidence-based is key. For kids with IBS or IBS-like symptoms, a “gentle” FODMAP approach, which is a simplified and less restrictive version of the low FODMAP diet, may be more appropriate. This should only be considered once more basic nutrition changes (i.e. a regular meal schedule & fiber and fluid intake) are considered. The same six food elimination diet used in adults is recommended for kids with eosinophilic esophagitis, though note that as mentioned above having a dietitian on the medical team will be even more critical for kids in this situation.

What about elimination diets for kids with ADHD? While these are becoming increasingly popular, a recent review article found that based on existing evidence, there are no clear benefits of using an elimination diet for ADHD symptoms. Focusing on balanced meals and nutritional adequacy will likely be more helpful in managing the health and well-being of kids with ADHD.

The goal of any elimination diet should be to find a sustainable, enjoyable, and nutritionally adequate eating pattern that will help you manage your GI symptoms. As a dietitian, here are a few of the most common mistakes I see people make with elimination diets: 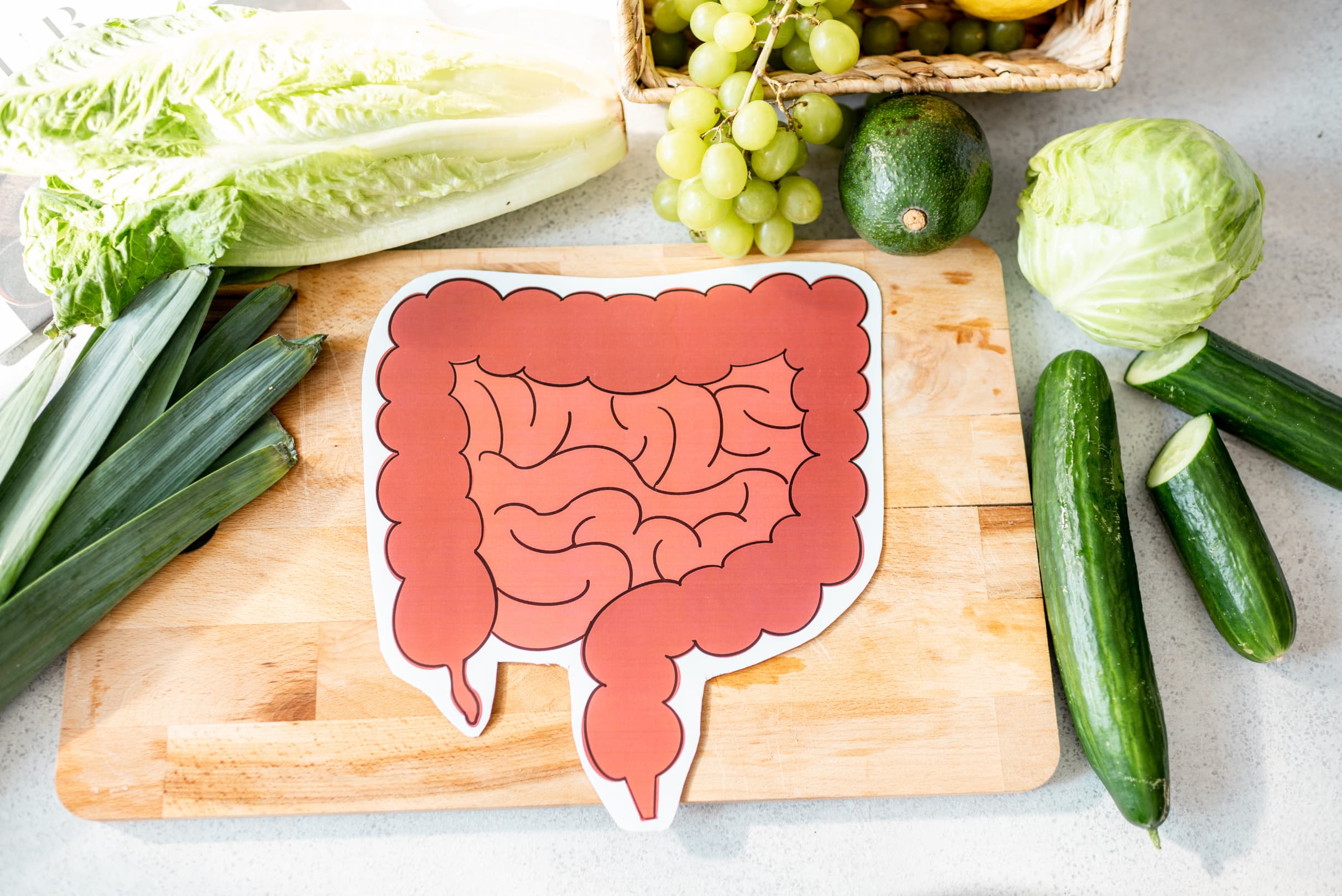 Are you struggling with chronic GI symptoms that are interfering with your workouts, your day-to-day life, or both? As you’ve seen in this elimination diet guide, nutrition changes can be helpful if they are evidence-based. Check out these related posts for more information on GI nutrition.

If you’re looking for individualized support, apply to work with me through our 1-1 nutrition coaching program here.